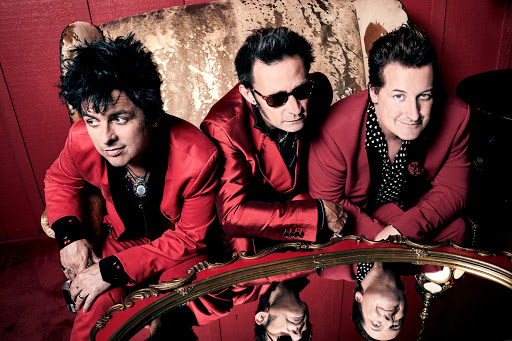 After two years of radio-silence regarding new music, Green Day released their upcoming album’s first single last Tuesday. The album is set to be released in early February 2020, followed by a summer world tour with Fall Out Boy, Weezer, and The Interrupters starting in March and ending in August.

Much like many of Green Day’s songs, Father of All  has slight political elements to it, referencing climate change in the lyrics; “Choking up on the smoke from above,” and “I’m possessed from the heat from the sun.” The only difference between this song and Green Day’s previous works is the fact that the political statement in the song has to be listened for, it’s not as obvious as usual. The main attraction in this song is the drumming, heavy guitar playing, and Billie Joe Armstrong’s higher-than-usual singing in the first and second verses.

The singing doesn’t start in the very beginning of the song; instead, there’s drumming and four guitar chords being repeated, the singing follows soon after. The melody, as well as the lyrics, are consistent throughout the song. It’s very catchy, and the guitar as well as the drumming sound great and can get stuck in someone’s head.

The only qualm had with this song is the high pitched singing and the fact that the style and lyrical content of the song diverge from Green Day’s usual heavier sound.

All in all, Father of All has a little bit of everything for every part of Green Day’s audience. From the high energy heavy guitar to the light, lyrical content, everyone can enjoy this single.